Melissa’s Song of the Week: “Wait” by Something Corporate 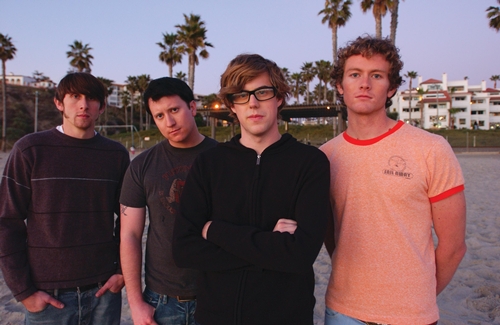 After a five year hiatus, Something Corporate reunited to take the stage at California’s Bamboozle Left in March.  Almost a month to the day later on April 27, 2010 they released their 19-track, double CD, greatest hits album “Played in Space: The Best of Something Corporate.”

Whenever I think of Something Corporate, I find myself fondly reminiscing about my high school days when “Hurricane” could be found on all of my mixes. That song just takes me back, and I love it.

I love me some Something Corporate and I’ve definitely missed them while they’ve been in hiding (even though Jack’s Mannequin is equally as great). On Disc 1, they revisit favorites like “Hurricane,” “Space,” “I Woke Up In a Car,” and  “If You C Jordan,” while Disc 2 boasts previously unreleased tracks like “Konstantine,” and “Watch the Sky,” new mixes of “Forget December “ and “I  Woke Up In A Car” and a new recording of “Wait.”

While I have yet to listen to the album in its entirety, the song “Wait” really struck a cord with me. I really, really like this song. While Something Corporate reminds me of high school partially because of Andrew McMahon’s whiny, super-emo vocals and the love-gone-wrong tainted lyrics, the song “Wait” portrays a band that’s all grown up.  They have a more refined, mature sound this time around, but don’t get me wrong their catchy hooks are still as evident as always.

Because this song rocks and I’m feeling like a grown-up this week. I’m nominating “Wait,” as my song of the week.