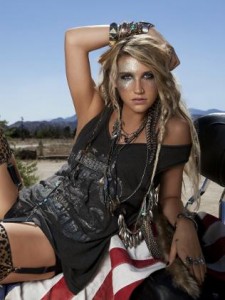 She’s this weird pop culture enigma that I can’t wrap my mind around. Her music sucks and the people who like her make me want to sit down and ask them serious questions about their childhood because her record “Animal” is nothing more than a childish party record for the next few months and I’m sure like all things Dr. Luke, will go into the sale bin sooner than it burst on to the scene. But after all of that is said and done, we’re left with this sarcastic girl who uses the $ in her name to capitalize on the fact that she was dead broke, and at one point lived in her car. That’s respectably funny to me.

She’s this weird collision of things odd, someone with a pop music career who loves old country records, loves Bob Dylan more than just a lame faded t-shirt and purposely likes to do things that other “starlets” would refuse to even consider. Can you imagine Paris Hilton downing a 40oz before she hits the party? I sure as hell can’t. Men love a woman down to pre-game.

She doesn’t care about what people think and is willing to go the extra mile to prove her arrival. I’ll give her credit for that when the PR machines behind an artist go to great lengths to shelter certain people’s bad habits from the tabloid world whereas little miss sunshine and pills seems to welcome scandal. If only Lily Allen could chime in on this subject, she’s been trying to be “that” girl for two albums now. 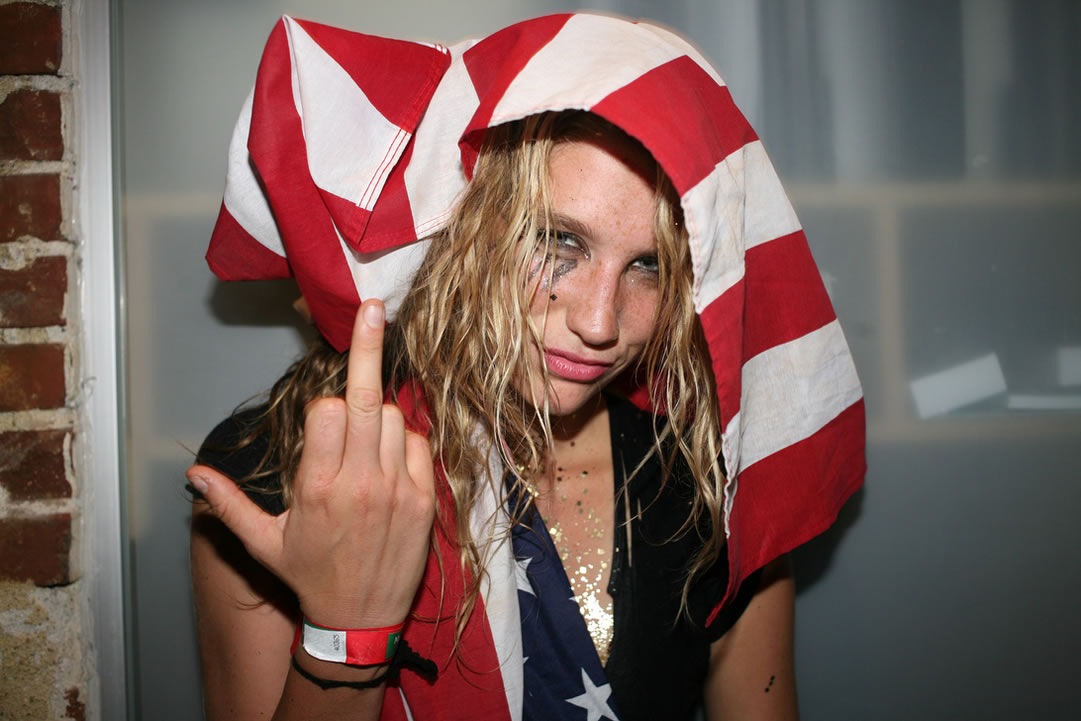 While she’s no Lady Gaga, whom I openly like, (don’t ask, I can’t explain it either) she’s got this weird sense of rhythm that perplexes me as a music writer. It’s this weird talk rap thing that women seem to love and flock to. Apparently, her crooning about blowjobs is soothing to the feral female. The girl is outspoken about having fun and partying, she’s like Andrew WK with a vagina to some extent. For every dude that was fist pumping eight years ago to “Let’s get the party started” there’s about a million girls who use “Wake up in the morning feeling like P. Diddy” as their anthem for life.

I don’t get it. Sure, she’s hot but for every one hot chick who’s made it in the music world, a thousand others are pissed at her for doing it before they did. Her beauty is not a factor in this equation. Her mom went out and banged a few dudes so she could get knocked up on purpose and be born under the Pieces sign (holy weird California hippie shit Batman) and Ke$ha has no idea who her pops is, this is also a card to throw in the already questionable deck. I won’t dwell on the fact that she has no father figure, it’s just another detail in a life, I’ve yet to decipher to any cognitive level.

Girls flock to hear her scream about dicks and puking in someone’s car, how she woke up in a strange place, all kinds of very interesting topics coming from a girl with real talent but severely whack sense of what her career is. I’d like to see her reinvent herself on the next record and go full-blown party country. Is that a style? Cause it should be now.

She has great taste in music but when it comes to what’s putting dollars in her pocket, the product is pretty lack luster. I get it that it takes a breakthrough to be able to get where you want to be and I hope that’s what “Animal” is, just a starting point because if I have to hear multiple songs about banging random dudes and snorting piles of blow off their dongs for years to come now, I just might go Cobain and pull the trigger.

In my head I imagine her being so cool that I feel like a dick for writing this article. She’s probably like the bad girl in high school that everyone wanted to make out with but she only hooked up with dudes who had their knuckles tattooed while you were worried about your pubes growing in correctly. The one whose breath smells like vodka and cigarettes…in the 10th grade but is still a straight A+ student. This is the enigma that Ke$ha is, the article I’ve written comes to no real amount of balance, just like the person it is written about.