Train Pulls Back Into The Station 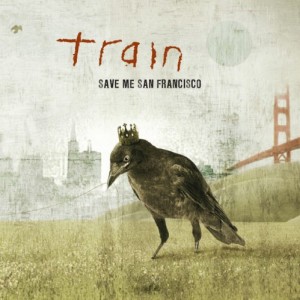 After a three year hiatus, Train is back in the game as of last August, and they are back in a double platinum way. With the release of their first single since 2006, Train’s “Hey, Soul Sister” is topping out iTunes sales this week, and has been awarded Double Platinum Status by RIAA (Recording Industry Association of America) after selling 2.5 million digital downloads.

I’m writing this article not because I’m a fan of Train, although it is a really good and catchy song, but, because I want to show how just 30 seconds of airtime can take a band that is really only known for one song (“Drops of Jupiter“), and coming off a three year hiatus, and put them right back on top, at least for the time being. I’m talking about the Samsung 3D TV adds that feature “Hey, Soul Sister” (yea the one with the aquarium on the roof of the car).

Like I said, this is a really good and really catchy song, but to be honest I had completely forgotten about Train until I was doing a little shopping on iTunes. I previewed the song, and immediately jumped on google going bananas because I recognized the song from somewhere but couldn’t put my thumb on it. I found out that it was from the Samsung commercial I had seen 1,000,000,000 times in the past few weeks.

Basically what I’m getting at here is, you don’t necessarily need to be good, and you don’t need to be all that famous to sell records at the number one spot, all you really need is a really good agent and a half catchy song. That combo will get your song on a crazy commercial for a lucrative product and that alone is enough. I’m going to present an example of this to try and make sense of it all. Now granted Justin Bieber is a tool and his music sucks, but lets face it, he has the teenage girl market on lock, and that market area is possibly the largest of them all.

On the iTunes charts this week, “Baby” by Bieber is number 4 to Train’s number 1 song “Hey, Soul Sister”. Riddle me this, have you seen Train on any late night shows or morning shows or any shows for that matter? No. Meanwhile Bieber is plastering is 16 year old shit eating grin all over the place, from Letterman to Chelsea Lately. Ergo, if you want to get famous, write a cathy song and get it on a commercial, you’ll be just as if not more famous then Bieber and the good news is you don’t have to dress like a fool and have a lesbian haircut to do it…