Portugal. The Man is “The Man” 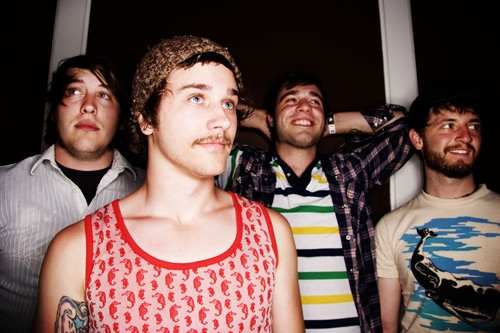 Hello Readers, I’m terribly sorry for the lapse in time between my last post and this one, but I was in Mexico on Spring Break, and not only was there no internet down there, but, anything I would have written would have just been drunk ramblings about David Bowie or something to that effect, and here at the Truth About Music, we strive for excellence.

With all that out of the way, I bring you a new album from a not so new, but relatively unknown artist. By relatively unknown, I simply mean that they don’t get much radio play if any, and don’t have a giant stadium tour coming up. So without further ado, I present “American Ghetto” released by Portugal. The Man on March 2nd, 2010.

Giving this album it’s due diligence through a full listen, from start to finish that is, I couldn’t find a song I didn’t like. This band is so multifunctional in that they play both real instruments, and use drum machines and synthesizers, the use of which varies from song to song. Being originally from Wasilla, Alaska, and now basing themselves in Portland, Oregon, this band has a sound that clearly has indie roots, but also incorporates some musical aspects such bluesy guitar riffs, thumping drum beats and a sound like they were recorded in a cathedral.

The only way I could describe this band is this way, If Beck, Franz Ferdinand and David Holmes had a three way, then that baby and the Steve Miller Band, Gorillaz and the Doors had four way, the resulting baby of that four way would be this band. (in case you were wondering, Jim Morrison of The Doors would be the proud mother).

Anyway, now that I got the sex stuff over with, let me make some recommendations. Like I said before, there wasn’t a bad song on the album, in fact every song is amazing and they each have at least one part that just hits that nerve and gives me goosebumps all over, but as far as the best songs, I’d say the upper middle three songs, “60 Years”, “All My People”, and “1000 Years” are all superb, or as Christophe Waltz would say, they are all an Uber Bingo!

Well thats about all I have to say about that, so go out today, by this album. Listen to it and if you want to, get back at me with reactions or comments or maybe even some hate mail for your waste of $20. All is fair in love and war, kids.