Melissa’s Song of the Week: “Sex On Fire” by Kings of Leon 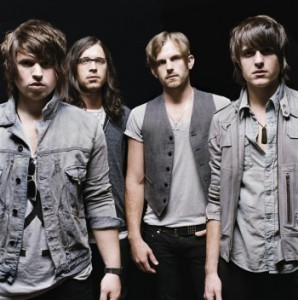 It seems like everywhere I go this week, this song has been following me. It’s on at work, it’s on the radio, and it’s on while driving around in my car. And, I just can’t get it out of my head. It’s rare that I like a song that’s on the radio every three minutes, never mind name it my song of the week. The fact that I still get excited when I hear this song all 32 times in an hour, and don’t want to put a gun to Caleb Followill’s head says a lot.

It’s no secret that I love Kings of Leon, and everything they’ve done since 2000. It’s a shame the US took so long to catch on to them. If you haven’t heard it, this song, off their fourth album “Only By the Night,” perfectly captures the intensity and lust of wanting someone who you haven’t yet experienced. It’s sexy. That’s honestly the best way I can describe it. The video is hot, Followhill’s voice is hot, and if this is my week’s soundtrack- I don’t want it to end anytime soon.