Best Lyricist of Our Generation- Could it Be a Tie? 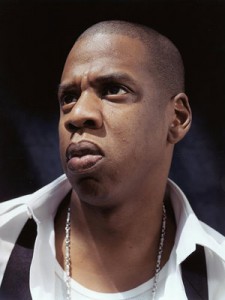 Harris’ article got me thinking about who really is the best lyricist of our generation, and I have to say I’m completely torn. While I agree that Eminem is an amazing lyricist, I don’t think he is the Best. I’m going to have to make a case for either Brand New’s Jesse Lacey or Jay-Z. I’m really on the fence, and I know that it’s kind of biased to be advocating my two favorite artists, but what can I say? I’m a big fan of lyrics.

Jay-Z
The one thing I absolutely love and envy about Jay-Z is the fact that he flows off the top of his head. The guy never writes anything down. He simply goes into the studio and whatever comes off the top of his head turns platinum. He’s put out ten albums of smooth flow combined with clever wordplay and he holds the record for the most #1 albums on the Billboard 200 by any solo recording artist because of it. All of Jay-Z’s songs have at least one trademark catchphrase that you can take away from it and I love the way he plays with words to affect his rhythm and rhymes. Download “Seven Minute Freestyle” by Big L and Jay-Z and you’ll completely understand what I’m talking about. If Big L was able to flourish in his rap career, he would have been number one on this list, but he was gunned down at the ripe age of 24 in Harlem. If you don’t know who Big L was, I highly recommend you download some of his music. He would have been legendary.

Jesse Lacey of Brand New
On the rock music front, in my opinion, the title of our generation’s best lyricist should go to Jesse Lacey from Brand New (although I should give an honorable mention to Vin Accardi because he writes a lot of the band’s songs with Jesse) While they are not quite as huge as Jay-Z or Eminem, Brand New seems that big to their large, tight knit fan base. The reason for this is mostly because Jesse Lacey and Vin Accardi can write a great song. Their lyrics play with words in dark, yet very clever ways that you probably wouldn’t have thought about before. For example, if your best friend hooked up with your girl, how else could you put it than like these from “Seventy Time Seven” by Brand New 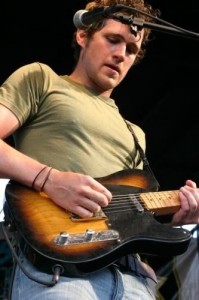 So, is that what you call a getaway?
Tell me what you got away with.
Cause I’ve seen more spine in jellyfish.
I’ve seen more guts in eleven-year-old kids.
Have another drink and drive yourself home.
I hope there’s ice on all the roads.
And you can think of me when you forget your seatbelt,
and again when your head goes through the windshield

They’ve also mastered creating original metaphors in songs like “Play Crack the Sky,” “Jesus Christ,” and pretty much every song on their past two albums. Here are some lyrics from “Jesus Christ.”

Well, Jesus Christ, I’m alone again
So what did you do those three days you were dead?
’cause this problem’s gonna last more than the weekend.
…
I know you’re coming in the night like a thief
But I’ve had some time, O Lord, to hone my lying technique
I know you think that I’m someone you can trust
But I’m scared I’ll get scared and I swear I’ll try to nail you back up

So do you think that we could work out a sign
So I’ll know it’s you and that it’s over so I won’t even try.

So, there you have it. My case for best lyricists of our generation on both the hip hop and rock front. The more I write this article, the more I want to push for Brand New. While Jay-Z is a chart-topping, platinum producing mega star, with talent to boot, I feel Jesse Lacey’s writing in a different way. His lyrics make me think and I feel his songs in my heart, and only a reallllly good song can do that. He said it best when he said,