Dear “Jersey Shore,” I Miss You 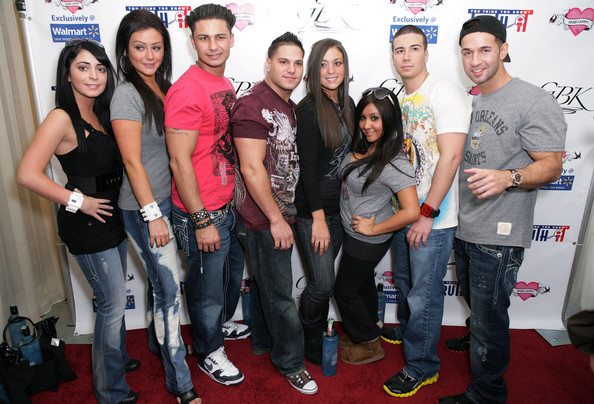 It started out like a bad car accident. It was a horrific site, yet I was transfixed by it. I hated the eight fist pumping, poof and blowout rocking, beat beating goons who were making a mockery of my state. But every Thursday at 10pm, there I was in front of my TV anxiously waiting to see what they were going to do next. During commercials I was texting my friends and updating my Facebook status, talking about everything they did or said. After the first episode, I was hooked.

From the Situation and his army of “grenades” to JWOW’s Pot o’ Gold va-j-j to Snooki getting punched in the face, not once but twice; every episode was even greater than the last. You couldn’t script this type of nonsense. It was outrageously bad reality TV, but it was ohh so good. It took Sammi and Ronnie two episodes to fall in love. It took me just 60 minutes to fall for the “Jersey Shore.”

Instead of singing in the shower, I started beating up beats. While out at the bar, I started pointing out grenades and their respective launchers. And, I even found myself relating to Snooki because although I don’t sport a poof or a fake tan, I too have been punched in the face by a guy (only my story is better because it involved me wearing a penguin suit.)

Like all good things that must come to an end, the “Jersey Shore” and I will go our separate ways (until MTV tries to relive the success of this show with a new group of savages next season). So farewell “Jersey Shore,” I will never forget the good times and entertainment you’ve given me. Thank you Situation, Pauly D, Ronnie, Vinny, JWow, Snooki, Sammi, and even you Angelina, for being ridiculous and shaming New Jersey as well as half of the Italian American population.

Enjoy your remaining five minutes of fame. There’s going to be a large void in my Thursday night entertainment and my heart. You just left and I miss you already. I hope we will meet again someday in TV syndication heaven. Until then, this is Goodbye. I love you, “Jersey Shore,” and I will never forget you.