Audio.Logic Song of the Week: “Drop The World” by Lil Wayne 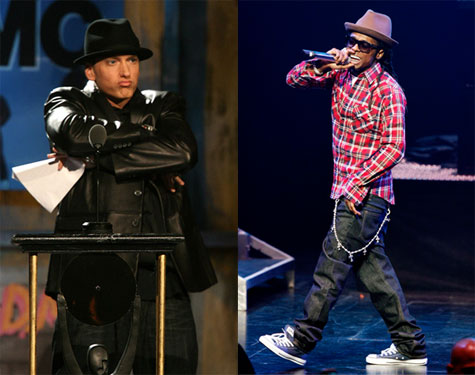 Hey everybody!! This week and last week being the first weeks back at school (Northeastern University) for me means a few things. 1. Significantly less sleep. 2. Back into my daily routines such as class work and going to the gym. and 3. Listening to music as much as possible.

With that said, my song of the week is “Drop The World” by. Lil’ Wayne Ft. Eminem. Aside from this song being in heavy rotation on my gym playlist due to its explosiveness, and pump up capabilities, it is also something new and fresh from Weezy.

With rumors swirling about Lil’ Waynes upcoming album, and its heavy rock influence, this song is a pretty good indication of what to expect. As we all know, Wayne is a master of his craft stringing lyrics together that blow our minds, and along with the volatile verse delivered by Eminem, this song really makes you just want to just, excuse my French but, beat the living shit out of something. Along with the “hard” lyrics, the song has a pretty intense beat composed of about 10 different electric keyboard sounds, a steady and heavy guitar riff, Travis Barker like drums (drums not recorded by T.B.), and a heart pounding claves beat that makes you feel as if you’re in the scariest, coldest, wettest, dungeon, which Eminem probably owns in real life (see lyrics to Eminem’s Music Box).

This song is definitely my pick for song of the week and I definitely suggest checking it out and looking forward to Lil’ Wayne’s lastest “Rebirth” due out February 2nd.