Audio.Logic Album of the Month January 2010 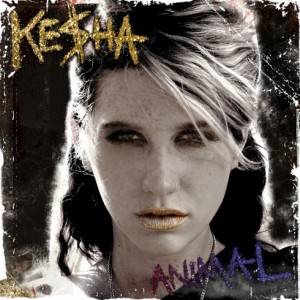 To kick off the new year, I got my hands on Ke$ha’s up coming album, “Animal.” I’m choosing this as my album of the month for January 2010 because I believe she is going to be the breakthrough artist of the year, and with her album released on January 5th, she is going to have the rest of the year to put out singles from the album, as well as collaborate with the laundry list of artists in line after her chart topping single “Tik Tok” came on the radio last month.

Her singing style is rather original, and she has the voice of a seemingly sweet teen, but all that is absolved with her lyrics of drinking and debauchery. Her song style can be compared to that of Katy Perry with more of an electro dance pop feel and less rock ‘n roll. Getting her break on FloRida’s “Right Round” and then releasing her single “Tik Tok” featuring a Diddy cameo, Ke$ha is blowing up. I’m predicting at least three more singles off this album including “Blah Blah Blah”  ft. 3 Oh 3, and “Kiss N Tell”

I’m giving her album of the month because for such a young artist, she is very busy with the exasperations of instant fame, and to be able to put out 15 half decent to solid songs, props are due. But earlier in the week, I posed the question on twitter (@playitloud_jon) who’s better? Ke$ha or GaGa? after listening to both GaGa’s The Fame and The Fame Monster, and Ke$ha’s Animal, it is pretty clear that if GaGa doesn’t develop a heroine addiction or release a sex tape, she comes out on top. Her voice is better, and her songs are more in tune with her crowd then Ke$ha’s first album, although Ke$ha has some growing up to do. Check out all three albums, definitely worth your time.