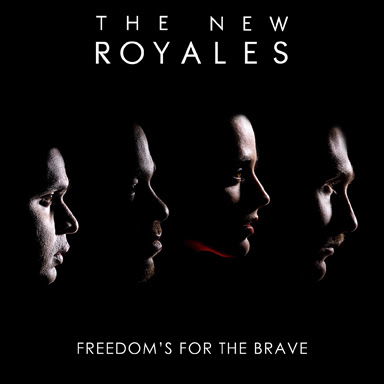 After unveiling their reworking of The Monks’ classic “Drugs In My Pocket,” from their Freedom’s For The Brave album, The New Royales roll out another cover, this time of Foster Sylvers’ “Misdemeanor.”In the band’s hands, the 1973 original gets a feel good indie makeover, front loading the track with big beats and squirmy, playful bass, while Liz Rodrigues and Eric Alcock practically duet, their upbeat delivery putting a gleeful, poppy twist on the tune’s lovelorn lyrics.

Freedom’s For The Brave contain’s other covers, including tracks by Depeche Mode, The White Stripes and Jefferson Airplane. Listen to “Misdemeanor” here.