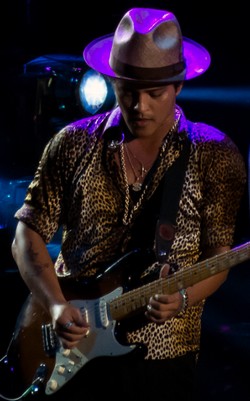 Here’s a nice way to kick off 2014. During a December 29th show at The Chelsea at the Cosmopolitan Hotel in Las Vegas, Bruno Mars performed a sleek, improvised version of Janet Jackson’s 1993 classic “That’s The Way Love Goes.”

Bruno, a noted Michael Jackson disciple, has performed covers of “Billie Jean” and “Dirty Diana,” as well as a hilarious spot-on imitation of “Beat It” for SNL, but is the first time the pop star has covered one of Ms. Jackson’s tunes. Mars is set to perform at half time at Super Bow XLVIII in February. Watch a clip of the performance HERE.