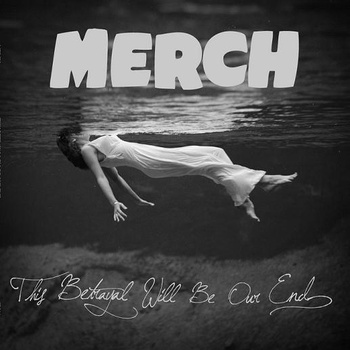 Want to give someone or yourself a retro gift this Christmas? San Francisco-based experimental rock artist Merch will be releasing a cassette (you know, those things that existed before CDs,  iTunes, Pandora, Spotify etc. So vintage right?) version of his critically-acclaimed album This Betrayal Will Be Our End.

A melting pot of lo-fi indie rock, fuzzy psychedelic atmospherics, classical flourishes and folksy, acoustic pop, This Betrayal Will Be Our End covers a wide terrain of musical territory. There’s the unpolished, garage rock grime of “Condom in My Pocket,” and distorted guitars practically duet with a moody string arrangement on “Hey Boys.” The one-two punch of “Before You Go Back to Him” and contemplative, string-laden “When It Was Good,” prove Merch can play the conventional pop game as well, while still stamping the tracks with his unique style.

The cassette version of the album will be released on Black Friday, November 29 in a select number of independent record stores, as well as the singer’s bandcamp page. Merch, along with Sassafras Records & Distro, have partnered with Guatemalan coffee co-operative As Green As It Gets to donate all profits from the sales of this first-pressing of the cassette to assist farming families in Guatemala during the holiday season.