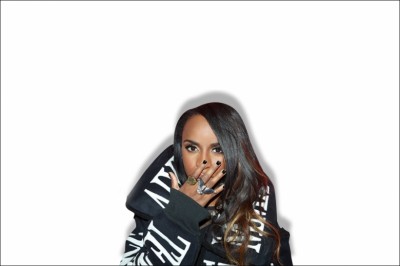 In her previous #30GOLD rap/freestyle covers Angel Haze flexed her rhyming muscles over Kanye West’s “Black Skinhead” and Jay-Z’s “Tom Ford,” but decides to bare her soul on her remake of Macklemore’s “Same Love.”

The track finds the rapper revealing her own struggles with her sexuality and intolerance from her family. ”At age 13, my mother knew I wasn’t straight / She didn’t understand but she had so much to say / She sat me on the couch, looked me straight in my face / And said ‘You’ll burn in hell, or probably die of AIDS.’”

She calls for acceptance of and equality for LGBTQ, venting her frustration with the lines “”Fuck your religion, fuck constitutions, fuck superstitions/They’re no lakes of fire/We’re here on earth/And the only thing to do is put love first.” Listen to the remake HERE, and her flow over Kendrick Lamar’s “Backseat Freestyle” HERE.