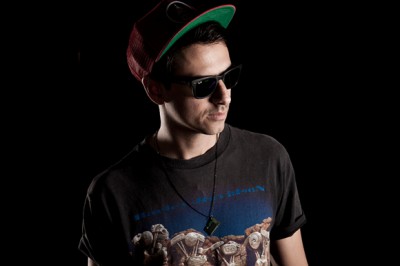 Once you’ve worked remixing magic for the likes of David Lynch, Daft Punk and Depeche Mode, collaborated with Snoop Lion, Skrillex and Santigold, created and defined your own brand of ferocious electronic music, and headlined festivals around the globe, its safe to say you’ve joined the ranks of EDM’s elite. Boys Noize cements his status by being the latest DJ/producer selected to mix the legendary FABRICLIVE series.

A frenzied, 70-minute representation of his live set, FABRICLIVE 72 is an intoxicating brew of classic techno and house tracks, throwing Boys Noize Records releases “Tracques ‘Motor,” Gesaffelstein’s “Aufstand” and Four Tet’s “For These Times,” into the mix, as well as a demo version of new industrial-style track Anoid and “Chella Ride,” his collaboration with Skrillex for good measure. Edits of underground cuts by Aden, DJ Deeon and Anthony Naples also crop up in the mix.

“I really tried to sum up my two to three hour set in 70 minutes. My sets usually include many styles and at some points I mix pretty fast too. I play some jackin’ house and techno with crazy energy stuff and then go back to reduced dub or even classic electro or breaks. My goal was to combine all of the styles I play but also make it listenable. All in all I think this DJ mix is pretty timeless, colourful and happy,” he said.

can i get my ex back

Fans can hear FABRICLIVE 72 at fabric on November 15. For tickets info go here. The album will be released digitally on November 18, and on CD on November 26. You can pre-order the album here. Boys Noize will kick off a new tour October 17 in Denver. View the rest of the dates below.