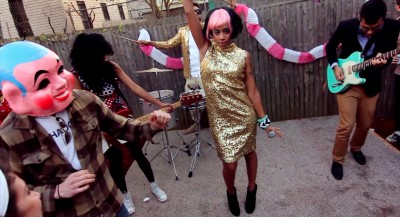 The ever eclectic singer/rapper/producer/DJ TECLA gives summer her own unique send off with the video for “Wake Up.” Directed by TECLA, the clip immortalizes an impromptu house party attended by a colorful cast of characters, including a duck she rescued from a local poultry shop. Fans and CMJ Music Marathon goers cat  catch TECLA at Tammany Hall on October 19. Watch the “Wake Up” video below.