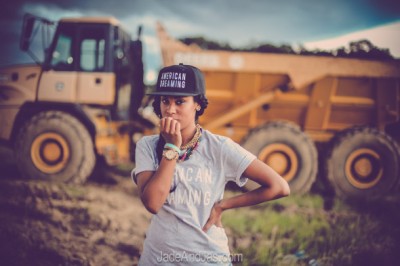 Inspired by Jay-Z’s #NewRules movement, rising R&B star Jade Alston has decided to take to Kickstarter to help make her first album We Will Live a reality.

Jigga’s not the only source of inspiration though. The singer was recently hospitalized and diagnosed with Myocarditis, a potentially fatal heart condition. Alston said the health scare has left her even more determined to realize her dreams.

“The truth is that after covering all the medical bills, I had no budget left to do another independent music release. Instead of quitting, I decided to try something new. Life is too short not to at least TRY for your dreams. Living with this heart condition has taught me that,” she said.

Alston tells her story in the video for “Peace and Nightmares,” a new song that will be included on We Will Live. Money generated from the campaign will go toward studio time, CD production, packaging, mix and mastering and marketing/promotions. If you want to donate to the project, visit her Kickstarter page here, where you can also watch the “Peace and Nightmares” video.