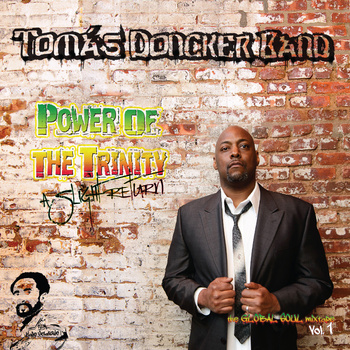 Still riding high off the critical success of his Howlin’ Wolf EP, released back in June, as well as a summer spent performing at NYC’s Summer Stage Festival, The Tomas Doncker Band return with a new release Power of the Trinity…A Slight Return (The Global Soul Mixtape Volume 1).

Beyond the genre-bending musicality, the album is, according to Doncker, “the sound of our collective conscience. The unified rhythm of heart beats creating a positive, spiritually uplifting force for good … it is the best of what we have to offer to each other, from Brooklyn to Ethiopia, and everywhere in between.”

Power of The Trinity is also being released to support The Studio Samuel Foundation’s 1Hundred Girls Impact Plan (www.studiosamuel.org), a charity that supports young women in Ethopia. Listen to the EP here.