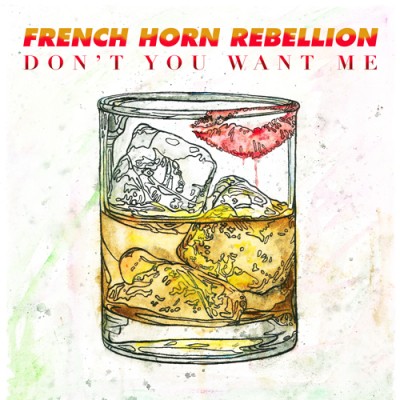 French Horn Rebellion definitely don’t have a problem coming up with the dance pop goods on their own, as their recent streak of killer singles, which include “Poster Girl,” “Cold Enough,” “Love Is Dangerous” and “Friday Nights,” prove. But sometimes the duo needs a little help.

After asking their fans what song they should cover, Robert and David came back with a modern take on Human League’s 80′s synth pop classic “Don’t You Want Me.” Featuring vocals by David’s wife Deidre Muro of Dierde and the Dark  and Savoir Adore, French Horn Rebellion slows down the tempo, giving the track a bass-heavy, retro-disco esque groove, while still retaining it’s new wave roots via chilly synths.

Listen to the song here. French Horn Rebellion are also gearing up to hit the road with Cherub next month for a North American tour set to kick off September 18 in Louisville. View the list of dates here.