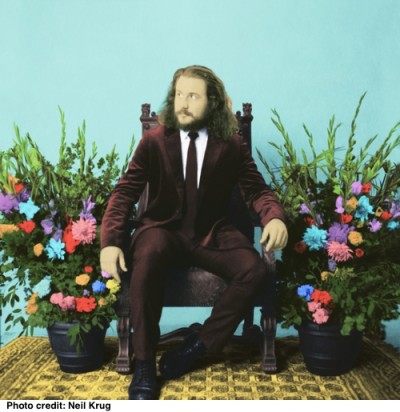 To say Jim James has had a busy summer would be an understatement. In the past few months, the My Morning Jacket frontman has appeared on David Letterman, joined forces with The Roots for a performance in Prospect Park, lead an all-star lineup in a memorable Bonnaroo SuperJams at Bonnaroo festival, and found time to play a string of dates with My Morning Jacket on the AmericanaramA Festival with Wilco and Bob Dylan.

You’d think that’d be enough for any ambitious performer, but James isn’t slowing down, announcing new dates for his solo tour, which already includes stops at Loufest in St, Louis and Telluride Blues and Brews Festival in Telluride, Colorado. The tour kicks off in Birmingham, Alabama on September 6th. The reason for all this road trekking is James’s solo album Regions of Light and Sound of God, which is in stores now.

Pre-sale tickets will be available on a first-come, first-serve basis for fans of My Morning Jacket’s Roll Call Fan Club members tomorrow at 10am local venue time. General on-sale will take place on Friday, July 26th at 10am ET, excluding dates in Lawrence, KS and Birmingham, AL, which will go on sale Saturday, July 27th at 10am ET and Monday, July 29th at 10am ET respectively. Details can be found here.