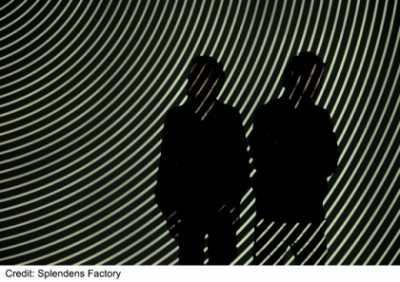 In the decade and change since their debut Genetic World dropped, French DJs 2Square and Antipop have established themselves as standard-bearers of elegant, down-tempo electronic music. And with the release of a remix to “Fever,” the first single from Fever/Try Me Anyway, their first EP in four years, the duo further ingrain themselves in a genre they helped define.

Built on a foundation of a simple drums, steady, pulsating bass, atmospheric effects and watery guitars, the remix eases along in at a snail’s pace. The dreamlike production style, helped immensely by the icy, ethereal vocals, could provide the perfect tonic to steamy summer nights spent pogo-ing at festivals.

Telepopmusik are currently at work on their yet-to-be-titled third album, slated for release at the end of the year. Listen to “Fever (Pino Rastovitch Remix)” here.