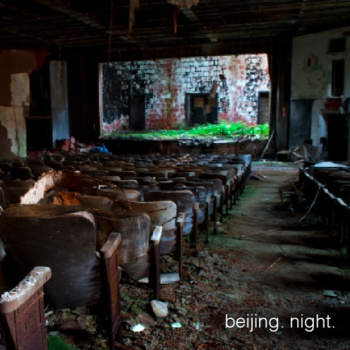 Though their name conjures up images of a group of  cosmopolitan order generic cialis world travelers coming to America, Beijing actually hail from Connecticut. The New Haven-based quartet, which formed in 2011, channel a diverse array of American rock influences, both on their their debut EP It’s Not That Simple, and their full-length debut Night.

The album kicks things off a moody note with “Acrobat.” Starting with tense, broken minor chords, the song opens up into a distorted, melancholy waltz teeming with atmospheric effects and grungy guitars. “Into the Rain,” with it’s languid, spacey guitar effects, larger-than-life chorus and bombastic mid-song breakdown brings the sound into Kings of Leon territory, while “Broken Glass,”  lays catchy melodies and solos on top of a swaying rhythm.

“Violent” and “Silence” find the band delving further into both their Nineties alternative rock and modern rock influences, with frontman Eric Thornberg channeling his inner Billy Corgan on the former and the group drawing on Jimmy Eat World’s upbeat power pop in the latter. “Silence,” a standout track, fuses a vaguely doo-wop sounding beat with chugging guitars, and “Let Down,” brings acoustic flavor into the mix.

There are sonic hooks galore on Night, but what really sells the songs is Thornberg, who proves himself to be adept at handling big, soaring choruses, pop harmonies and matching grimy guitars with grittier, at times gravelly, vocals. Though the Beijing is currently promoting Night–if you’re in the Hamden, Connecticut area, you can them, along with Graph Rabbit, at The Space this Friday–the band is already at work on its next album, slated for release in early 2014.

You can listen to Night in it’s entirety here.