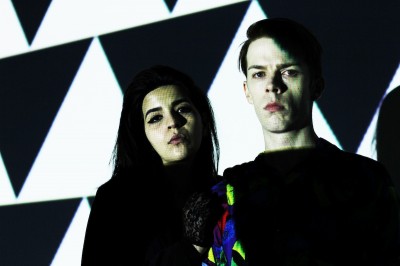 Inspired by night creatures of yore such as The Cure and Bauhaus, Australian duo VOWS specialize in crafting  tracks that are parts post-punk, electronic beats and industrial grind. And as the video for the “Symbol System” shows, the eerie allure spills over into their visuals as well. bestmoverstoronto Directed, filmed and edited by VOWS themselves, the “Symbol System” clip, shot in frames of negative, black and white and color, is a hodgepodge of blurry, shadowy figures, intense close up shots and copious amounts of ghoulish-looking eyeliner that create an overall vibe that’s both darkly camp and ominous. “Symbol System” is the latest single from the group’s self-titled EP, which came out last week and is available on iTunes. Watch the “Symbol System” video below. VOWS Symbol System from VOWS on Vimeo.