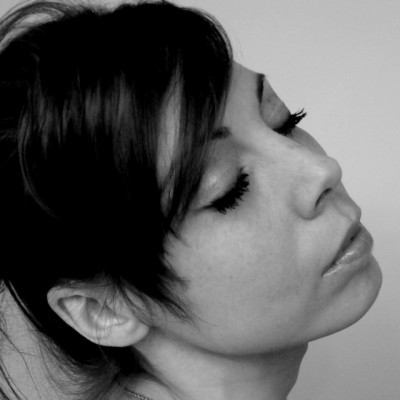 Sometimes, location can be as crucial in finding yourself as an artist as picking up a guitar or writing your first song. Singer-songwriter Louise Aubrie first began honing her musical chops in her native London at the famed Music Hill Complex, but it wasn”t until she set up shop in New York that she discovered her signature sound.

Once in NYC, Aubrie gathered the cream of the crop of the city”s musicians, as well as Boz Boorer, leader of Britain”s rockabilly movement, producer and long-term Morrissey cohort,  for her debut, 2010″s Fingers Crossed, on which she wrote all of her material. Collaborating with Boorer  again on her follow up Time Honoured Alibi, Aubrie”s built on her debut”s musical foundation, a mix of post punk and indie rock married to pop melodies and her frank, often vulnerable lyrics.

“Circuit,” is by turns mournful and determined, with acoustic guitars backing Aubrie”s tender vocals as she sings lines like “I throw my life to be at your side,” and “I”ll always believe in love,” channeling both hopeless romantic and rueful, experience lover. “Gold” revels in the perfect moment of matrimony, while the jangly garage-rock  of “In Honour” details the flipside, with Aubrie supplying couplets like “It”s more than just a cross too bear/When I never knew you fell from there.”

But as survivalist pop anthem “Keep It Coming,” with its bouncy, ska-influenced riffs, and its grimier sisters “The Seams”and  ”Lovestruck” show, Aubrie won”t be totally hopeless in love or lust, letting a would be beau know the deal on”Lovestruck”: “Don”t think you”re knowing me “cause I”m more discerning/It”s just excitement coming/Did you think I would settle down?” The duet “Tonight At Ronnie”s” sweetly spins the details of a romantic night out, while the straight forward rock of first single “Where Are You?” will likely provide the soundtrack for many late night phone calls or drunken texts.

Louise Aubrie is set to play ZirZamin in New York on June 7. To check on more upcoming shows, visit her official website, and listen to Fingers Crossed here.