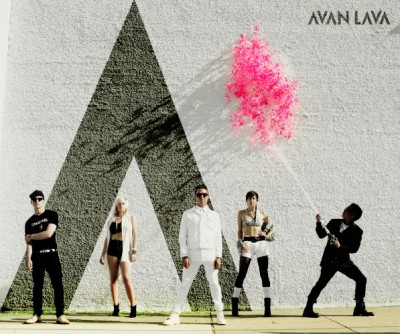 AVAN LAVA have been riding high since the release of Flex Fantasy last year. The six-song EP, a mix of Reagan Era-influenced dance pop, Prince-inspired funk/R&B and introspective electro ballads, along with a trio of fun, stylish videos and a 90″s house-inspired over of Mark Ronson”s “Somebody To Love Me” has made the group a band to watch.

Singer TC spoke with Indies and The Underground about early influences, the making of the sultry, exotic “Sisters” video, plans for their live show and dream collaborations.

Listening to Flex Fantasy, and your cover of Mark Ronson”s “Somebody To Love Me,” it”s obvious you guys have a deep love of 80″s/early 90″s dance music. What is it about that era that is so inspiring to you?

When time passes on an era, the best of the best filters through. It was a post-disco era where what DJs would play was so important, and the club life

What artists had the biggest impact on shaping your approach to music, songwriting, fashion etc.?
Daft Punk, Prince, Madonna for fashion. So many…
The band had generated some buzz with “It”s Never Over,” but the “Sisters” video is when you really seemed to catch people”s attention. How did the whole concept come together?
Our friends Wes Auburn and Dan Gutt approached us with a beautiful treatment for “Sisters” and it was so perfect that
we had to make the video. They really understood the message of the song and basically did all the work. We flew down to Puerto Rico mid-filming to play a show and some of that footage made it into the video. We honestly couldn”t have asked for a better collaboration.
The video depicts with a lesbian affair, albeit a secret one. Is sexuality something you think you”ll deal with in future videos?
I”m sure we will, yea…
“Sisters,” and another Flex Fantasy track “Feels Good” also delve in deeper lyrical territory, particularly “Feels Good,” which seems to be about living and enjoying life on your own terms. Was that drawn from personal experiences?
Definitely. We all have personal relationships to that song. Ian really championed it, so he”s owed some props..
Speaking of “Feels Good,” judging from the video, you guys put on an insane live show. What”s it like putting a stage show together?
We go nuts putting the show together, with lights, choreography, and special effects… We try to boost the show to the next level every time. We”re about to travel to Seoul, Korea to build a huge show with the Institute of the Arts, so who knows what”s next..
What can we expect from your debut album, sound-wise and lyrically?
We”re basically just trying to make your favorite songs of the future.
If you could collaborate with three artists, living or dead, who would they be and why?
Nile Rogers. He”s the man.
Madonna. While we still can.
Michael Jackson. Cuz he”s King.
zp8497586rq