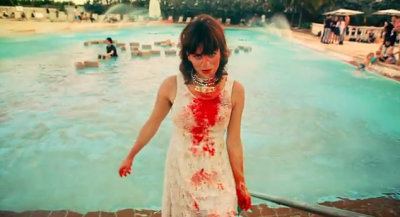 Dragonette have dropped a video for “Run, Run, Run,” the introspective, synth-heavy opening track from their latest album Bodyparts. The

clip features lead singer Martina walking through crowded, yet lonely city streets, showing both the exotic nightlife and its grimier flip side. Martina”s appearance reflects this; at various points she looks glammed up and morning-after disheveled.  Watch it after the jump.