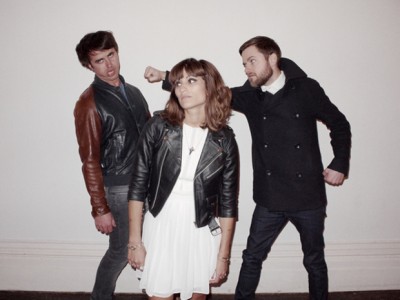 Dragonette are about to hit the road with Major Lazer for a spring tour, slated to kick off next week. To celebrate their latest road trek, the electro pop trio have released

Sunshine Jones” reworks the track by stretching out the intro, laying on the thumping bass thick, while  smooth synthesizers and electronic effects weave in and out of the mix, providing an uplifting backdrop for lead singer Martina Sorbara”s honeyed vocals. Listen to “Run, Run, Run (Major Lazer Remix)” here.

Dragonette”s tour with Major Lazer begins March 1 at Royal Oak Music Hall in Detroit. Take a look at the full list of dates below.