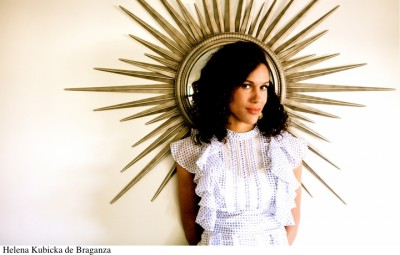 Inspired by mixtape culture, Bastian decided to pay homage to Portishead”s “Glory Box” with her own ethereal take on the classic track. “I used to listen to ‘Glory Box’ as a kid a lot and was always mesmerized by the melancholy mystique of it,” said Bastian.

The video, co-directed by Sophia, Severin Wizenburg and Jakob Wiessner, has mesmerizing

quality of its own.  Set on a foggy day in Alpine country and featuring up and coming actor Simon Lohmeyer, the clip has old-school, cinematic quality to it. Watch the “GloryBoxed” video below.