Garbage Head Back Into The Studio 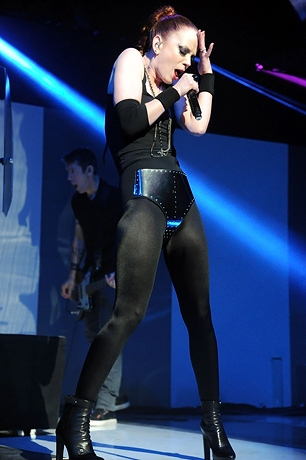 Now that their eight-year hiatus is a thing of the past with the release of this year”s Not Your Kind Of People, Garbage is keeping the momentum going by heading back

While the format of the music industry has changed greatly since their 90″s heyday, frontwoman Shirley Manson told Rolling Stone the new model suits them.

“The good thing now is we don”t even need to think in terms of an album, so we”re just thinking in terms of new music, which actually really works in our favor,” Manson said. “Historically, we”ve worked slow because we”ve toured so much – we go and spend a year making a record, then we go back out on the road. Now we realize we can do two or three tracks, release these tracks and then go on the road.”

Drummer Butch Vig says the band plans to do some recording in January or early February, before hitting the road for a full-on tour that will kick off in Australia before heading Stateside.