Katy Perry To Start Her Own Record Label 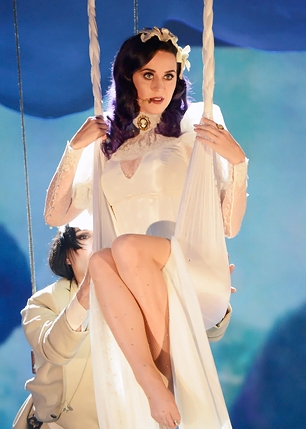 Katy Perry is currently at work starting up her own label. Read more about her teenage dream after the jump.

According to Rolling Stone, Perry “s label-in-the-works will mostly be under EMI”s Capitol Records, where she”s been an artist since 2007.

“When this record label does come to fruition,” said the

pop superstar of the unnamed enterprise, “I”m going to try and avoid the things that take away any fighting chance for an artist to have financial success. As people are coming to me with opportunities, I”m thinking, “How would I want to be treated?”"

Perry knows of what she speaks, as she”s been on the receiving end of rejection, being unceremoniously dropped from labels to being offered bad publishing deals, all of which has no doubt influenced her artist-friendly mentality. Until she rolls out her artist roster,  fans can feast their eyes on the singer”s latest video “Wide Awake,” and hit up the multiplex to see her Katy Perry; Part of Me 3D concert film.