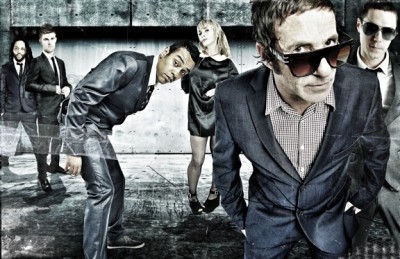 Dub Pistols have dropped the video for their latest single “Mucky Weekend,” the first offering from their fifth album Worshipping The Dollar. Get a look at the clip and more after the jump.

The video takes gives viewers a voyeuristic front-row seat to a night of mayhem, a fitting visual to  the track”s frenetic pace. ”Mucky Weekend” features guest vocals from UK hip hop icon Rodney P, who also lends his voice on several other tracks on the new release, a follow-up to 2009″s Rum and Coke.

Written while on the road, Worshipping The Dollar resurrects themes explored on earlier Dub Pi

stols album, with songs marked conscious  lyrics or what frontman Barry Ashworth calls “a lot of food for thought.” The new disc”s title taken from a track voiced by Akala, Ms Dynamite’s brother–“Living in squalor, worshipping the dollar, there is no flag large enough to wrap around the horror.”

Dub Pistols will also be hitting the road for a string UK dates soon, beginning with a gig at Rock Oyster in Cornwall on June 22, with U.S. dates expected to be announced shortly. Worshipping The Dollar comes out on July 3. In the meantime, view the “Mucky Weekend” video and see the list of live dates below.