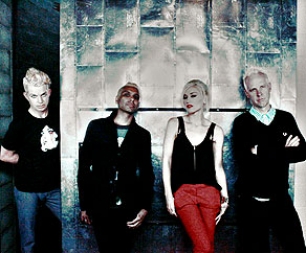 No Doubt have unveiled the title for their new album, Push and Shove, their first in a decade, via their website. More details after the jump.

Slated for release on September 25, Push and Shove is the band’s first album of new material since 2001′s Rock Steady, a record that saw the group shed some of their chirpy ska-meets-new wave roots in favor in dancehall rhythms and raggae-infused beats. According to the band’s message, they are still in the studio but are planning to film a video for the disc’s  first single “Settle Down” later this week.

The video will be helmed by long-time No Doubt collaborator Sophie Muller, who directed clips for previous hits like “Don’t Speak,” “”Sunday Morning” and “Simple Kind of Life.” The video is scheduled to premiere on July 16th.

Push and Shove has been long time coming. The record was originally supposed to come out back in 2009, but life got in the way, according to frontwoman Gwen Stefani.  “A lot of stuff happened during that time period,” singer Gwen Stafani told Rolling Stone last June. “Marriages, babies and, for me, two records and two clothing lines. So if you really worked out the math, you’d be like, ‘Wow, you guys are going fast.’”

No Doubt’s musical resurrection comes at the same time that another Clinton-era band fronted by a charismatic frontwoman is coming out with a new album.  Could a co-headlining Garbage/No Doubt tour and Shirley Manson/Gwen Stefani duet be in the works? We can only hope.