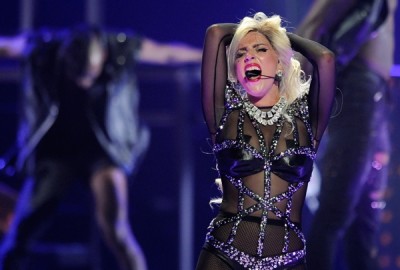 While she is currently on her Born This Way tour, Lady Gaga has already completed her third album. Details after the jump.

Mother Monster surprised her army of little monsters the world over with a  Twitter announcement earlier today, saying she already played material from the album for record execs.  Gaga also revealed that she plans to reveal the album’s title in September, two years after she unveiled Born This Way at the MTV Video Music Awards.

It’ll be interesting the see what direction Gaga will take with her third studio effort. After treading in dance-pop kiddie pool with her 2008 debut The Fame, testing the huge industrial waters with The Fame Monster before diving into the pummeling Europop-meets-80′s-pop-meets-hard rock  ocean with Born This Way, perhaps her new album will see her moving away from clubland and four-on-the-floor beats into a new musical space.

Guess we’ll have to wait and see.