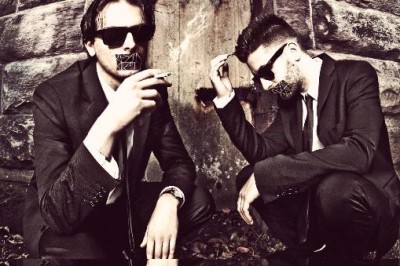 In preparation for their massive summer tour duo Keys N Krates have dropped a new remix.

Turning their song “No Prayers” over to their Canadian brothers Zeds Dead & Omar Linx, the track, with it’s skittering 808 drums, swaths of sythesizers and soft, soulful vocals and chants, wouldn’t sound out of place on the duo’s own hip hop meets-electronic repetoire.

But Keys N’ Krates have long known the power of the remix, reworking cuts for Diplo/Usher, Miike Snow, Madeon and Bassnectar. The group has built its reputation both for in the studio and on the road, recently completing a road trek through Canada, America, and South East Asia, and Miami’s Ultra Music Festival.

Listen to and download the “No Prayers’ remix, and view the full list of  the band’s tour dates below.