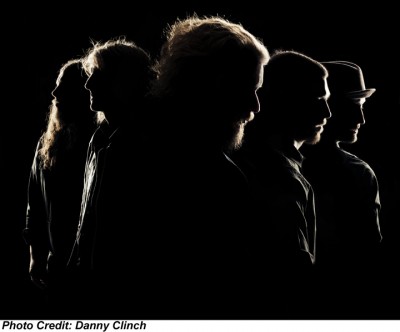 Fresh off back-to-back tours of Japan and Australia. My Morning Jacket will be heading back on the road for a North American tour in August, with Band of Horses serving as the support act.

The group hasn”t been couch potatoes in the past few months.  After capping off 2011 with a show at Madison Square Garden, the band has played at the Independent Spirit Awards in February and joined Preservation Hall Jazz Band onstage for their 50th anniversary in Carnegie Hall. Frontman Jim James also completed a road trek of his own with New Multitudes to promote their Woody Guthrie tribute album. They”ve also been busy curating the Forest Festival for its 10th anniversary, co-headlining the event with Wilco and Bassnectar.

While all that may seem exhausting, My Morning Jacket will be piling more on their plates in the months leading up to the August dates, with plans to contribute to John Fogerty”s new album, a European tour and a headlining gigs at this year”s Beale Street Music Festival in Memphis, Tennessee and Newport, Rhode Island”s Newport Folk Festival, as well as performing at New Orleans Jazz & Heritage Festival next month.

My Morning Jacket will be recording their performances at Red Rocks in Denver on August 3rd and 4th to give to fans at those gigs as complimentary downloads. View the full list of dates below.

= with Trampled By Turtles

what is vitiligo treatment