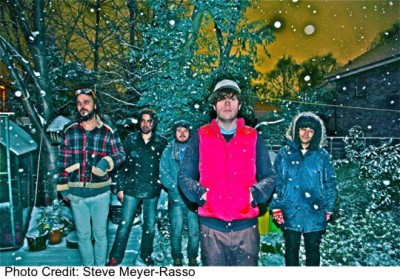 To celebrate the April 24th release of their first stateside EP Pop Meat/Your Corrupter, Fixers are giving their track “Crystals” to fans as a free download, as well as unveiling the song”s minding-bend trip of a video along with it.

Fixers will be a playing

a handful of rare U.S. dates this week, beginning with a show with Tony Castles at Cameo Gallery in Brooklyn tonight. That gig will be followed by two more performances in New York City, one at Pianos with Tony Castles again joining the band on April 19, and a show at the Mercury Lounge with Mansions On The Moon on Friday, April 20.

View the dates, download “Crystals” and watch the music video below.