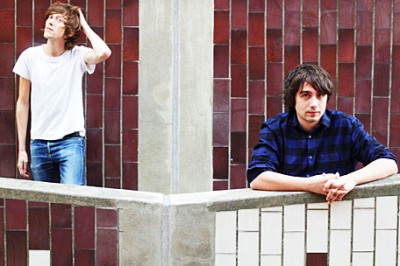 Less than a week before the first of two appearances at the Coachella festival, Housse De Racket have released a new song, a cover of The Beach Boys tune “Till I Die.”

The fact that the song, which premiered at Cover Me today, was originally created by the quintessential fun-in-the-sun American band and was now being redone by a French electro duo didn”t escape the band, who are clearly Beach Boys fans .

“This song’s always been a mystery to us,” the duo said. “The chord progression is a symphony in itself. Brian Wilson at his best! …Two French guys from the suburb of Paris dreaming of California, landscapes & reverberation.” Take a listen to song below, or watch the video

House De Racket are also slated to wrap up their six-week North American tour with a pair of shows at Coachella on Sundays April 15 and April 22 at 1:10pm on the Gobi Stage. The group also added more West Coast dates with The Rapture, Neon Indian and The Hives. View the tour dates below.