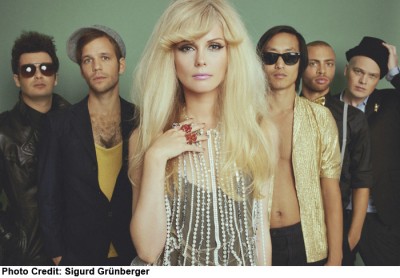 The Asteroids Galaxy Tour have unveiled a remix to their single “Major,” off of their current full-length Out of Freque

The Vacationer version doesn’t stray too far from the original, keeping the deliciously retro blasts of 70′s-style brass in tact, but replacing the bouncy bass line with a tougher back beat that could have easily sprung from Just Blaze’s or Kanye West’s soundboards. Save for the girlish vocal theatrics and aforementioned horn section, the simple change transforms the track to one that’s more rap cipher freestyle material than disco romp. Listen and download the remix