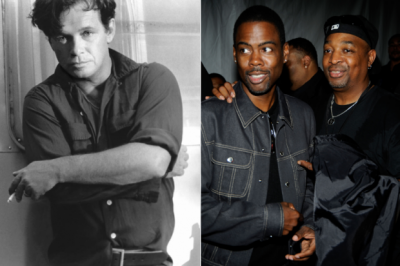 The Rock and Roll Hall of Fame has announced presenters for next month’s ceremony. Chuck D will induct fellow rap icons The Beastie Boys, while comedian Chris Rock will introduce The Red Hot Chili Peppers. More name dropping after the jump.

Rocker John Melloncamp, who SPIN notes is a frequent attendee at the ceremony, will help induct Donovan in the Rock Hall, who will then perform with My Morning Jacket’s Jim James.

Other presenters include Motown legend Smoky Robinson, who will head a tribute to great backing bands, including his own group The Miracles, Bette Milder and The Band’s Robbie Robertson.

The presenter tasked with the arduous burden of introducing Guns N’ Roses  has yet to be announced. As expected, GNR’s original lineup will not hit the stage together at the ceremony due to the buckets of bad blood between Axl Rose and ex-bandmate Slash. In lieu of an actual reunion, the band’s songs will likely be performed by whoever inducts the group. It’ll interesting to see who the Rock Hall can dig up for that task.

The ceremony will take place at on April 14 at the Cleveland museum, along with an HBO broadcast on May 5.