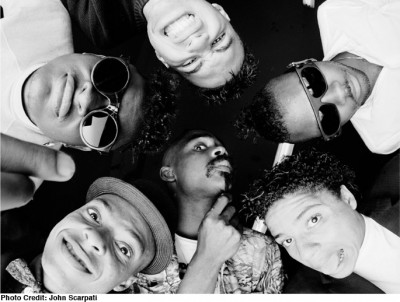 Fresh off a triumphant performance on Jimmy Kimmel Live!, Fishbone’s documentary Everyday Sunshine is out today on iTunes.

The film is being distributed via digital and home video by Cinema Guild, which will present the film exclusively as part of the celebration of Black History Month, and via home video starting February 21st.

Last week the documentary, which details the legendary band’s journey through their South Central roots, gaining notoriety in the Hollywood music scene, subsequent implosion and effort to reinvent themselves, as seen through the tumultuous relationship between lead singer Angelo Moore and bassist Norwood Fisher, was broadcast nationally as part of public television’s AfroPop documentary series.