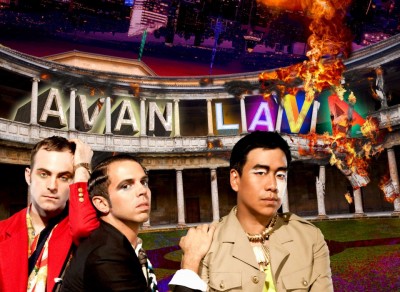 Avan Lava, made up of singer TC and producers/musicians Le Chev and Ian Pai, have served as producers, composers and mixers for albums  and live performances with bands like Cold Cave, Fischerspooner, CSS, Frankie Rose,SSION, Lemonade, Lia Ices and the prestigious The New York Philharmonic, and have created remixes for R.E.M., Passion Pit and New Villager.

This experience shows in the group’s sound, typified by cuts like “It’s Never Over,” a maddeningly catchy track driven by smooth vocals, sunny synths and a bass line destined to yank listeners onto the dancefloor with the all of the subtlety of a grappling hook.  The group will play a pair of shows at  Glasslands in New York City, once on February 11 and again February 25 for a record release Listen to “It’s Never Over”  and get a short preview of the EP below.

It’s Never Over by AVAN LAVA