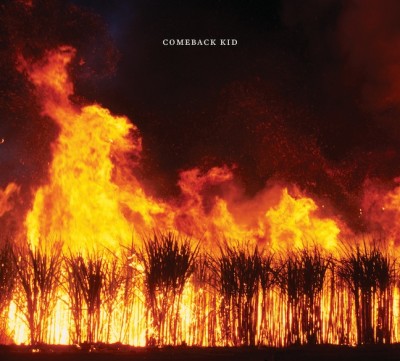 Brooklyn duo Sleigh Bells have released another track from their upcoming album Reign of Terror, slated for release on February 21, the super guitar heavy and super poppy “Comeback Kid.” Get an earful after the jump.“To me, the ‘Comeback Kid’ melodies are straight R&B,” singer Alexis Krauss told SPIN. But we don’t do the melodies with an R&B affect. And we don’t do them the way a traditional pop group would do them.” The singer’s description is accurate. Although earth-shattering notes,  vocal runs and other R&B diva ticks are in short supply, Krauss’s vocals are clearer and more laid back than they were on the band’s debut Treats. But if you’re afraid the group has gone soft never fear: “Comeback Kid” contains plenty of crushing guitars and two-ton beats.

“It’s by far my favorite track [on the new record],” guitarist-producer Derek Miller said. “Alexis smashed it with her vocal.” According to Pitchfork, if you pre-order the album on iTunes, you can get “Comeback Kid” as a download immediately. Listen to “Comeback Kid” and view Sleigh Bells’ tour date below.

* with Diplo
# with Liturgy
^ with Black Bananas