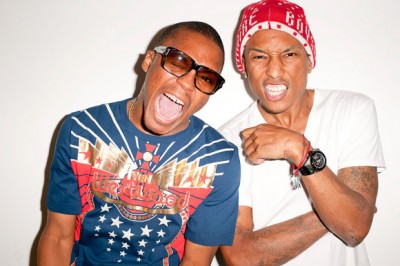 Rap fans may already have another Watch The Throne-esque epic to look forward to for 2012 if Lupe Fiasco and Pharrell Williams have their way. The two recently announced they’ll be working on a joint album together.

Lupe, who is also working on his highly anticipated Food And Liquor II: The Great American Rap Album, set to drop sometime in 2012, made things official when he posted “FOOD AND LIQUOR 2 COMING SOON….LUPE AND PHARRELL ALBUM COMING SOON…

Pharrell and Lupe have joined forces before on tracks like N.E.R.D.’s remix for “Everybody Nose” and “Don’t Stop” from Kanye West’s G.O.O.D. music campaign.