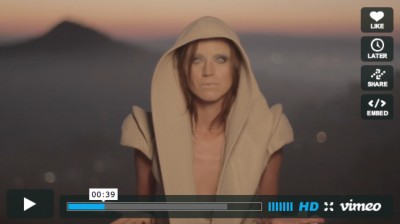 Brooklyn-based producer duo Creep have unveiled a new video for their song “Animals.” The Greko Sklavounos-directed clip continues in the same dark vein as the group’s previous videos, with images of guest vocalist Holly Miranda and another woman clad in bondage/futuristic outfits, their eyes whited out by contact lenses. The shots of Miranda wailing with the city skyline behind her are particularly ethereal and unsettling. Watch after the jump.