Tori Amos To Release Instrumental Version Of ‘Night of Hunters’ 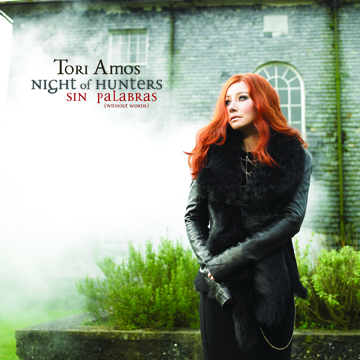 Tori Amos is set to release Sin Palabras, an instrumental version of her critically acclaimed Night Of Hunters album on December 13. The album, a 21st century song cycle of variations on themes by Satie, Granados, Chopin and other noted composers, will be available in all digital retailers.Sin Palabras not only showcases Amos’s virtuosic playing, but  that of The Apollon Musagete Quartet and the Berlin Philharmonic clarinet soloist Andreas Ottensamer. Fans who already have a copy of Night Of Hunters will be able to download the instrumental version of the album’s title track via the “Bonus” tab on Tori’s official Facebook, www.facebook.com/toriamos,  beginning Friday December 2.

In addition to that, a short film for album track “Star Whisperer,” shot in Ireland near the River Bandon, the inspiration for the album’s setting, debuted on the Sundance Channel this week. Tori also began the North American leg of the Night of Hunters tour this week in Atlanta. The tour is set to wrap up at Dallas’s Verizon Theatre at Grand Prairie on December 22. Ticket information can be found on the singer’s official website. View the full list of dates below.