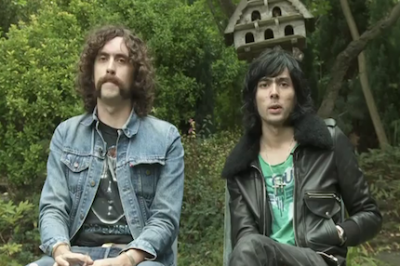 It’s been two years since avant garde dance floor architects Justice have launched a U.S. tour. But that is set to change in 2012,  beginning with a couple of shows at New York’s Terminal 5 next March. The duo announced an 11-date North American tour that wraps up April 26 in Vancouver. Fans who can’t wait until next spring to see the group in the flesh can enter to win a chance to see them at their first world tour gig in Sydney, Australia on January 1.

To participate in the contest, upload a video of yourself covering an Audio Video Disco cut to Justice’s Google+ page by December 10. View the list of U.S. dates below.