The Cure To Release Live Album 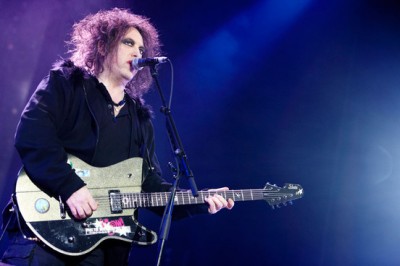 The Cure are planning to release a live album next month. Entitled The Cure: Bestival Live 2011, the recording captures the band’s career-spanning, two and a half hour performance at this year’s Bestival.The double album, split up over two CDs and also available as a digital download, contains Cure classics like “The Lovecats,” “The Caterpillar,” “Close To Me,” “Friday I’m In Love,” “Lullaby,” “The Hungry Ghost,” “The End Of The World,” “Just Like Heaven,” “Grinding Halt,” “Jumping Someone Else’s Train” and “Boys Don’t Cry.”

When talking about the live album, frontman Robert Smith said “We had such a great time in the Isle of Wight at Bestival that we wanted to release this show as a way of thanking fans and islanders alike. Bestival is the best!”

All profits from album sales will go towards the Isle of Wight Youth Trust, a charitable organization that offers counseling, advice, information and support services to people 25 and younger on the Isle Of Wight, home to the Bestival.