Rihanna is rolling out her new album at a breakneck pace. Perhaps Beyonce’s pregnancy and impending motherhood have Ri-Ri plotting a hostile diva takeover? Whatever the case the singer has revealed the first images of her Talk That Talk album cover.

The first shot (pictured to the left) shows the star in typical spunky/sexy mode, sticking her tongue out. The album is set to drop on November 21. View the second image after the jump. 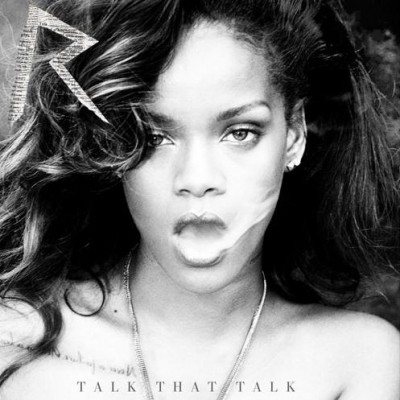