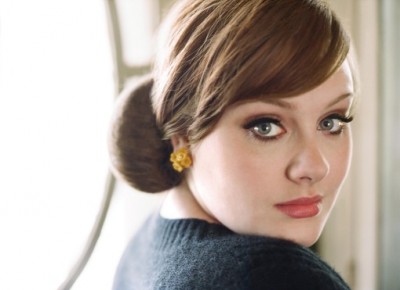 Adele has been forced to cancel her U.S. tour due to issues involving her vocal cords. The singer’s U.S. dates were scheduled to begin this Friday with a show in Atlantic City, New Jersey and continue through October 21st in Grand Prairie, Texas, but she has scrapped the entire sold-out road trek, effective immediately.

Fresh off a successful U.K. tour, Adele’s doctors diagnosed the 23-year-old star with a vocal cord hemorrhage, a condition she experienced earlier this year, and advised her to take an extended vocal rest in order to fully recuperate.

“Singing is literally my life. It’s my hobby, my love, my freedom and now my job,” said Adele in a statement released by her record label, Columbia. “I have absolutely no choice but to recuperate properly and fully or I risk damaging my voice forever.”

The singer explained she was “devastated” by having to cancel the tour dates and apologized to fans for the inconvenience. She went on to say she will start vocal rehabilitation as soon as possible and ” I will be back and I’m gonna smash the ball out of the park once I’m touring again.”

Refunds for will be issued at the point of purchase for all 10 U.S. shows.