Queen’s “We Are The Champions” Catchiest Song Ever, Scientists Say 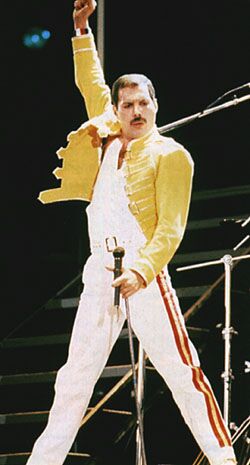 Queen’s bombastic classic “We Are The Champions” has been found to be the catchiest song ever, according to scientific research.And here I thought it was “Into The Groove.” Read more after the jump.

Scientists at Goldsmith University conducted new research into what makes a song memorable and compiled a list of the ten “catchiest” songs of all time, according to the Press Association. To get the results, the research team observed thousands of volunteers singing a selected list of tracks, and found that sing-along songs contained four key elements: Long and detailed musical phrases, multiple pitch changes in a song’s ‘hook’, male vocalists, and higher male voices making a noticeable vocal effort.

Using this criteria, scientists discovered that “We Are The Champions” was the song people were most likely to sing along to, beating out “Y.M.C.A.” by the Village People, Sum 41′s “Fat Lip,” Europe’s “Final Countdown,’ Bon Jovi’s “Livin’ On A Prayer” and The Automatic’s “Monster.”

Music psychologist Dr. Daniel Mullensiefen says that all hit singles are “reliant on maths, science, engineering and technology; from the physics and frequencies of sound that determine pitch and harmony, to the hi-tech digital processors and synthesizers which can add effects to make a song more catchy.”

While the musicality of the songs that made the cut can be debated until the end of time, listen to “We Are Champions” a.k.a the catchiest song ever below.