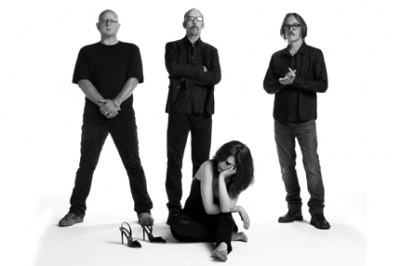 Garbage have announced they’re just about done with a new album due out next spring.  The as-yet untitled title is the band’s fifth and their first since 2005′s Bleed Like Me.

The new album is also the first to recorded outside the band’s homebase of Madison, WI., opting instead to set up shop in the Atwater Village region of Los Angeles. The group also chose to produce the album themselves, not a shocking decision given that one of its members is drummer Butch Vig, also known as the producer behind Nevermind and other alt-rock masterpieces.

“Years’ worth of pent-up music came out in some bizarre ways — bleary cell phone memos became real songs, conversations turned into lyrics, and new computer gizmos inspired wicked tangents,” the group said in a joint statement. “Ghosts came in, had their say. Everyone brought ideas, and everyone fought their corner. At the end of the day it all gets shoved through the four-way brain filter that is Garbage and it ends up sounding like nobody else. Red feathers and black tar.”

Singer Shirley Manson revealed the band was back in the studio earlier in the year, writing on Facebook “”Dare I say we will have something finished by this summer?!?!?!?!” while a recent post stated the group had a few more weeks of studio time to wrap up the album.

“We are making a record filled with the music we love to hear,” Garbage added in their joint statement. “The new songs have been inspired more by what we haven’t been hearing rather than by what we have.”